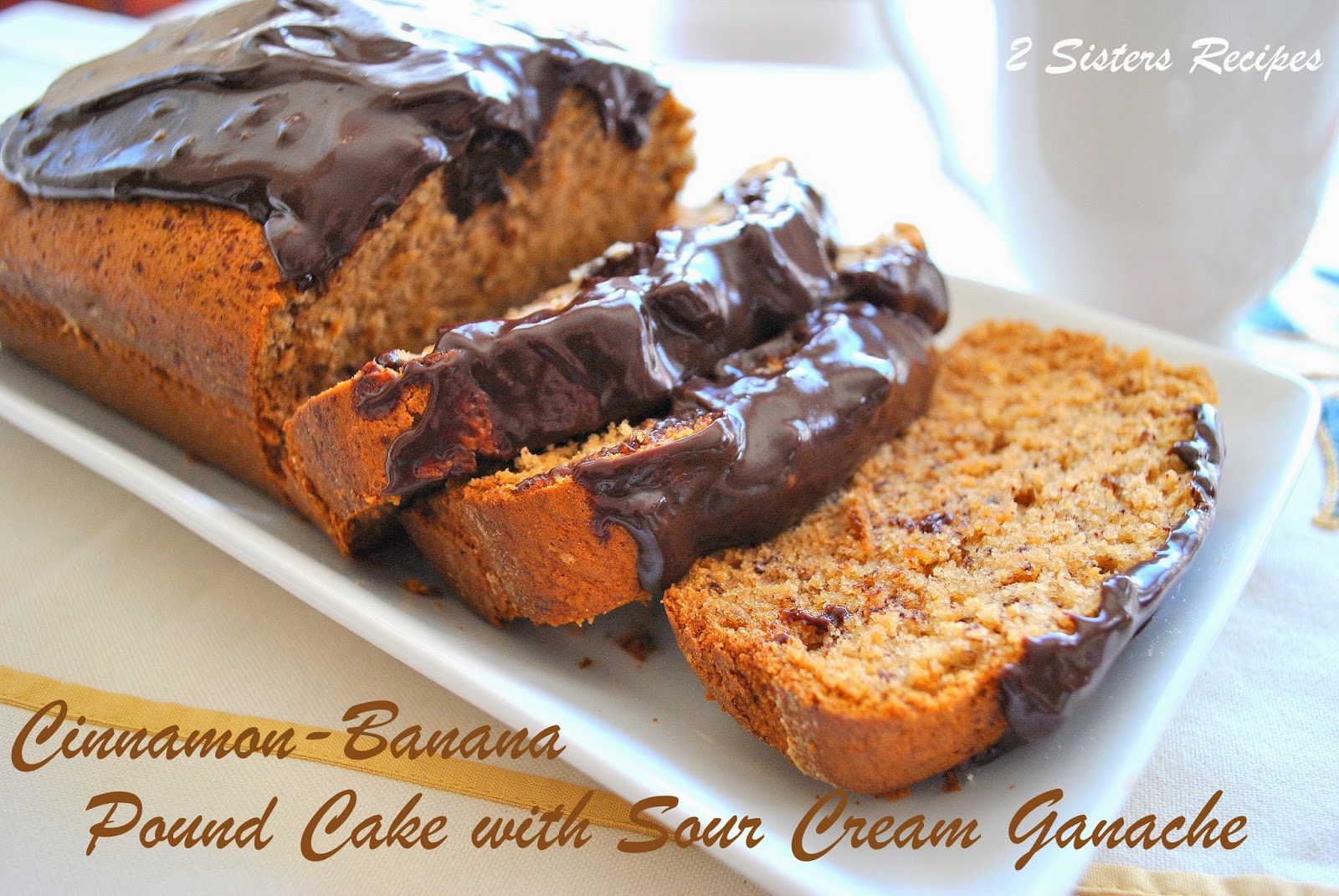 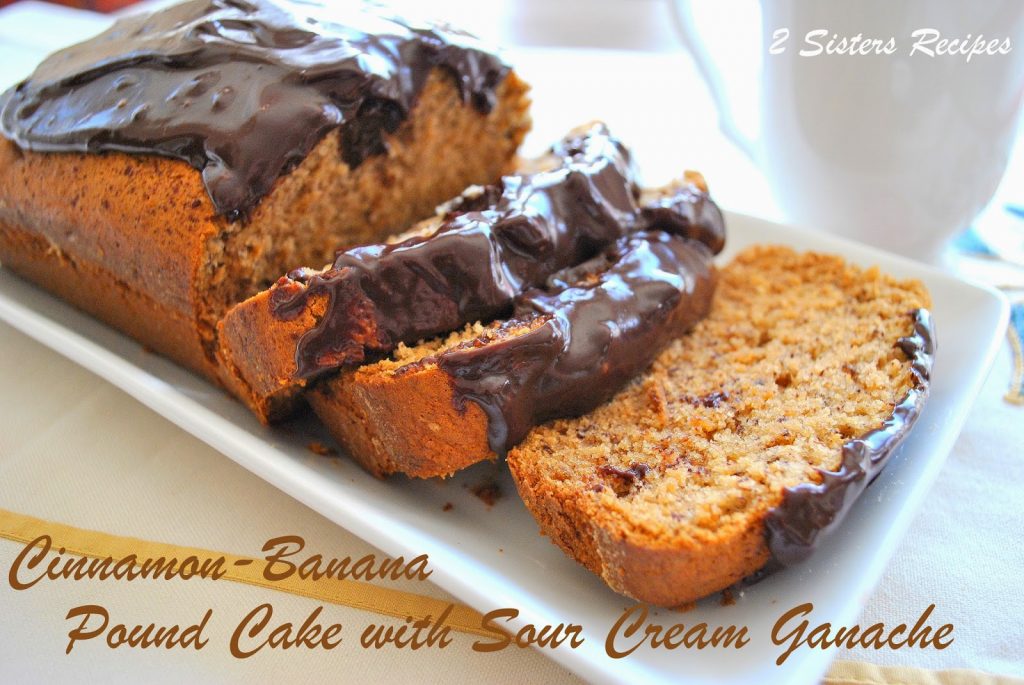 Cinnamon-Banana Pound Cake ~ is a moist, tender cake with the rich taste of banana and cinnamon and is even better when topped with a chocolate sour cream ganache.

Pound cakes as long as we could remember were the cakes our aunts and grandmothers made. They were called pound cake because they were traditionally made with a pound of each of the four ingredients, flour, eggs, butter and sugar, making the cake a silky-smooth dissolving texture with a buttery flavor. These days a pound cake recipe is made with less ingredients and still maintains its moist texture with a buttery flavor. 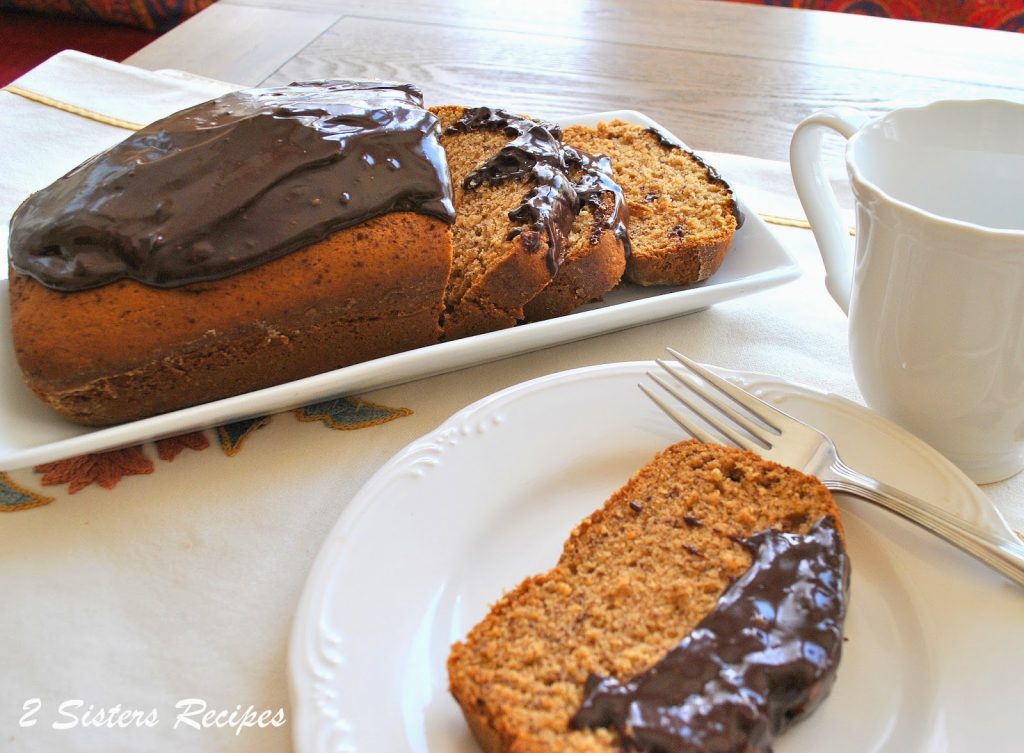 Today, I decided make a Cinnamon-Banana Pound Cake as a tested recipe.  We always have bananas and chocolate on hand, I bet you do too!  And we love the combination of the two as well.

Together they make a wonderful combination in this pound cake recipe. The sour cream ganache is a simple recipe made with 3 ingredients, sour cream, a touch of half and half cream and bittersweet chocolate. Combined gives the ganache its unique flavor that is rich and creamy and has a bit of tang to it.  It goes well with any cake, but is totally sublime with this cinnamon-banana pound cake.  YUM!

This pound cake turned out really good, super moist and buttery.  We love eating it warm and as soon it comes out of the oven everyone runs into the kitchen to have a slice. 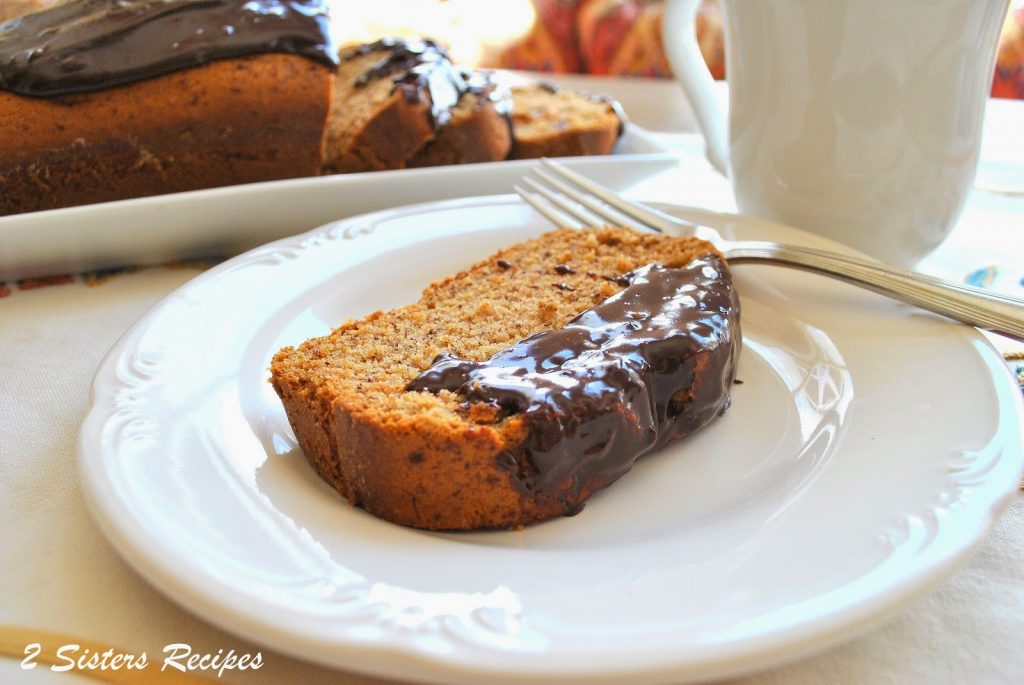 Topped with chocolate ganache or not, this Cinnamon-Banana Pound Cake is wonderful and perfect for picnics and outings.  Frosted, it also makes a great dessert, especially with a scoop of vanilla ice cream or a dollop of whipped cream on the side.  Enjoy this one with your favorite coffee or tea.

2.  In a large mixing bowl, using an electric hand mixer, cream butter with both sugars for about 2 minutes.  Add eggs and beat until well combined.

3.  Add bananas, sour cream, vanilla, cinnamon, salt and baking soda.  Beat on medium speed for about 3 minutes, until mixture is smooth and creamy.

4.  Last, slowly add flour, about 1 cup at a time, and continue to beat until well combined.
Divide the mixture evenly into 2 loaf pans.  Sprinkle each loaf with some extra cinnamon on top.

5.  Bake for 1 hour.  Remove, and allow to cool for 3 minutes before removing from pans.
Cover, (without the ganache) with clear wrap and store at room temperature.

Pound cake can be stored at room temperature for several days, refrigerated for a week, or frozen for about 2 months.

In a double boiler set over hot water or in a microwave on high power, stirring every 10 seconds, to melt the chocolate.  Remove from heat and add the sour cream.  Stir with a rubber spatula until it completely combines.

If desired to make it more creamier, add 1 to 2 teaspoons of the cream. Spread 1/2 ganache on top of each loaf.  No need to cover surface completely.
Serve warm, or refrigerate uncovered, until the ganache hardens on top.
Then wrap with clear wrap. 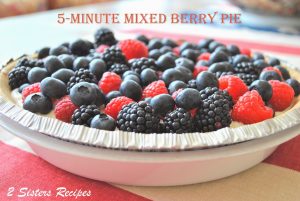 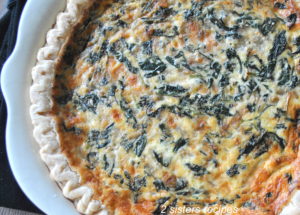 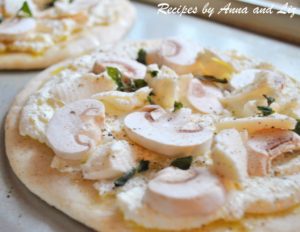 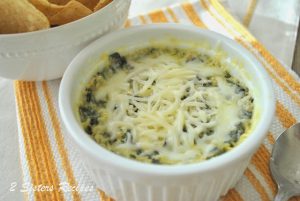 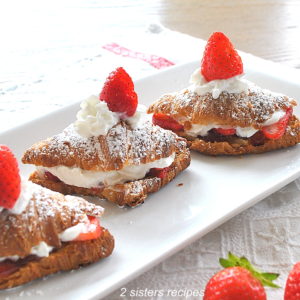 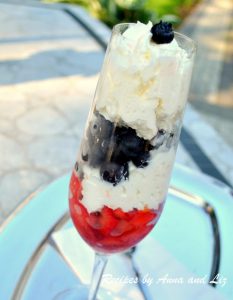 Welcome! From Anna and Liz

We believe the kitchen is the center and the heart of the home. It’s where we cook, eat, and unwind with family and friends, creating memorable traditions! Read More 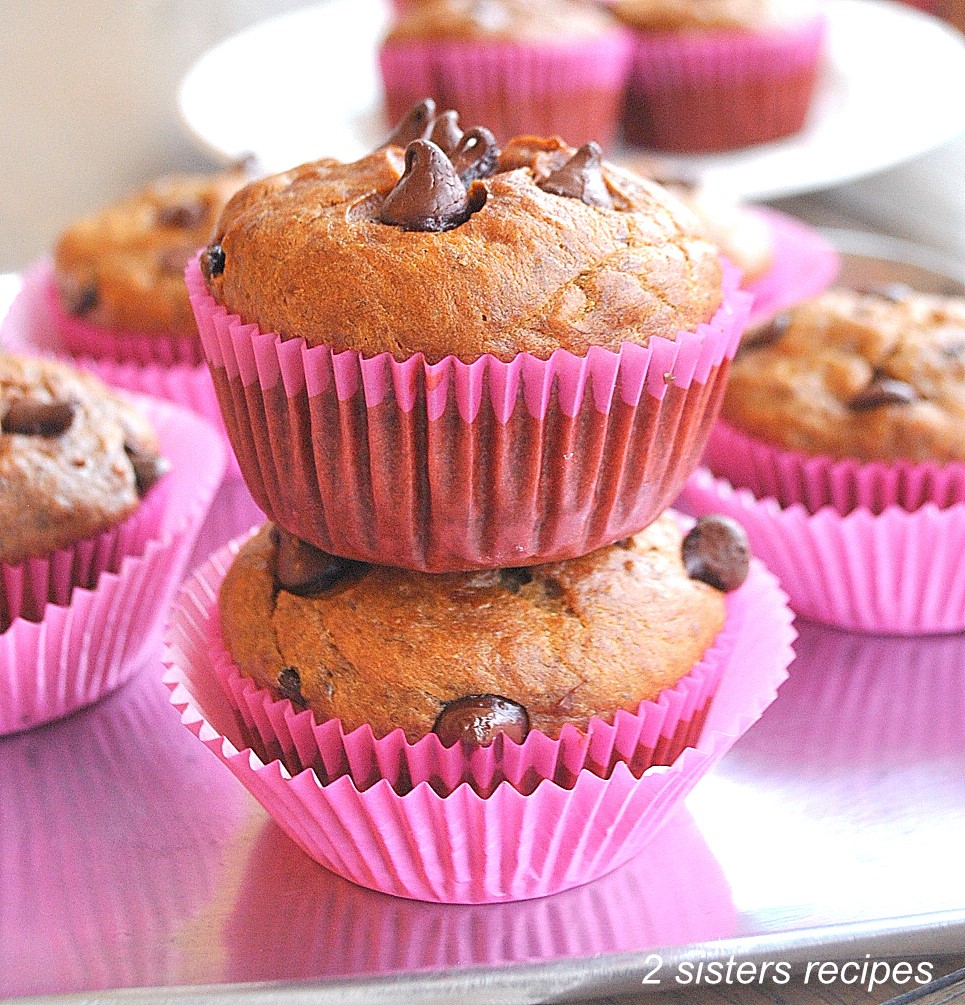